Final SALE | Up to 70% off + 35% on purchase of 3 SALE items. Shop now!
Lucky T兔gether | Receive the WeChat Laisee cover to celebrate the year of rabbit. 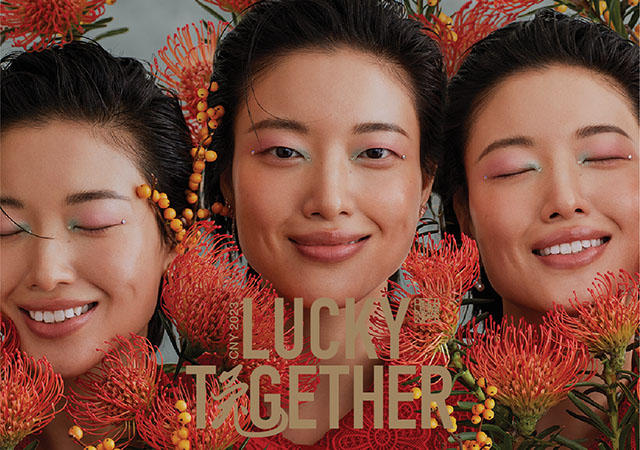 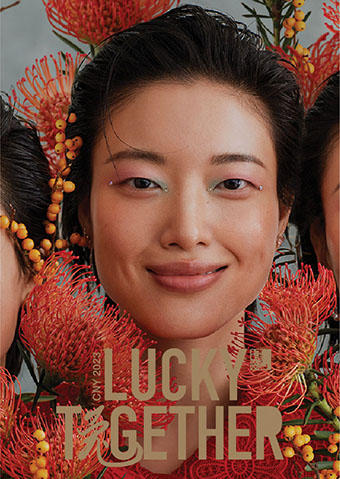 Lane Crawford is a global luxury fashion, beauty and lifestyle department store that offers the largest designer portfolio, carefully selected by Lane Crawford’s team of experts who travel the world selecting the very best items for its customers.

Based in Hong Kong SAR, Beijing, Shanghai and Chengdu, yet with a truly global perspective, Lane Crawford has a unique take on luxury that draws from over 160 years success. It is globally renowned for its carefully curated collections across international womenswear, menswear, shoes and accessories, jewellery, beauty and home & lifestyle.

Welcoming its customers to environments that are designed to liberate and inspire: Lane Crawford is a place where fashion, art and design combine in award-winning, visually captivating spaces.

With the launch of its digital flagship in 2011, Lane Crawford became the first omni-channel fashion retailer in China and continues to enhance its range of specialised services that echo the considered approach that it takes to the retail experience.

Lane Crawford forms part of The Lane Crawford Joyce Group, Asia's premier fashion retail, brand management and distribution group. The Group is operating luxury department stores and boutiques, free-standing branded stores, e-commerce and omni-channel operations. It also presents the largest and most dynamic portfolio of brands across women’s and men’s fashion, beauty and lifestyle to one of the most significant, high-value luxury customer bases in the region. Visit www.thelanecrawfordjoycegroup.com for more information.

Lane, Crawford & Co. opens for business in a matshed on the waterfront on the north side of Queen’s Road. Its first customers are the visiting ships’ crewmen and the colonial staff and families of senior staff of the British Navy and Military establishments.

Within a year, the Praya store expands to what would later become 6 Des Voeux Road, where the Bank of America now sits. The store expands further to Queen’s Road, where an impressive new entrance is added. The premises become the first Lane Crawford House and is referred to as the “Queen’s Road” store, the Colony’s first department store.

Lane Crawford signs five-year lease for buildings at the corner of Stanley and Pottinger Streets, stretching down to Queen’s Road. The site is used for auctions and a tugboat hire service.

Lane Crawford starts large-scale bakery operation. This follows an incident when a Chinese-owned bakery laced its breakfast rolls with arsenic during a tense period between the British and Chinese.

Lane Crawford opens in Shanghai and expands to Japan, opening shops in Yokohama and Kobe.

Lane Crawford is contractor to Her Majesty the Queen of England to supply “medical comforts” to the Government Civil Hospital. These include brandy, wine, sherry, champagne, beer, and other spirits imported from the UK and Europe.

Hong Kong Press reports on Lane Crawford’s new ladies fashion department and hails the store as the place to buy anything from “a pin to an anchor”.

“The departments embrace ship chandlery, groceries, outfitting, tailoring, millinery, furnishing, upholstery, hardware … and the purchaser may go from room to room and find everything that he or she may require with the minimum amount of trouble and loss of time.”

Lane Crawford's slogan, “Anything from a collar stud to an anchor, and the very best quality too!” is introduced and it remains the company’s hallmark for many years.

China Mail reports:
“To maintain a lead for almost three quarters of a century is a feat to be proud of. In the early 1850s, the well-known phrase ‘Get it at Lane Crawford’ was frequently uttered. Then as now, the firm could supply its customers with anything from a collar stud to an anchor … Like other pioneer firms the company has played an important part in the Colony’s history by making the lot of the earlier settlers easy, and during the period of 71 years, the firm has become an indispensable institution to the residents of the Colony. Lane Crawford and Company’s connections with the world have been marked by a consistent adherence to honesty and probity and strict conformity with the tenets of fair dealing. . . . that has gained the universal respect that is felt for the firm and the vast popular connection it enjoys.”

Lane Crawford’s bakery operation steps in to ensure that the Colony’s food supply is maintained during a general strike.

Meanwhile, Lane Crawford begins operating a restaurant and bar in the basement at 14 Des Voeux Road. However, it is not until 50 years that Lane Crawford’s managing director Robert S. Huthart applies to obtain a “victualler & tavern keeper” license.

Lane Crawford’s Yokohama branch is completely destroyed and many of its staff casualties after an earthquake devastates the whole region.

At the 75th anniversary celebration, Frank Crawford, son of founder Ninian Crawford, announces plans to move to the Exchange Building at 14 Des Voeux Road:
“We shall be in a position to present to customers and the public at large what we believe will be the most up-to-date department store in the Far East “.

The new store has a “private entrance for men who don’t like too much publicity when shopping” .

The company marks its 76th anniversary with a souvenir book and a new slogan: “Get it at Lane Crawford’s!” and publishes its first catalogue. The foreword states:
“Our one desire is to make this store a place where you will come with a sense of goodwill, where you will feel our goodwill towards you, where our knowledge of merchandise and ability to buy to advantage and our facilities for distribution are cheerfully placed at your service. We shall try to do our part of every transaction in such a way that your part shall be a pleasure as well as a profit to you … if at any time you feel you have cause for complaint, do not hesitate to let us know and we will then do our best to adjust matters to your satisfaction.”

Lane Crawford is called upon to feed thousands of evacuees, many from Shanghai, seeking sanctuary in Hong Kong SAR after the Japanese invasion of the mainland, and is later designated an “essential service” to feed the Colony.

The Japanese take over Lane Crawford’s property and assets and changes its name to Matsuzakaya, after one of Japan’s best-known department store chains. Most of the merchandise is consumed or removed and almost all records are destroyed by Japanese troops.

Many Lane Crawford employees are interned at Stanley, including general manager A.W. Brown. While interned, Brown risks his life several times to aid fellow POWs. For his heroics, Brown is made a member of the OBE (Order of the British Empire).

When Japan surrenders, A.W. Brown takes possession of Lane Crawford, only to find the entire contents of the stores removed by occupying forces. With only $1,000 in cash, he starts the business from scratch. His first purchase is a Union Jack, said to be the symbol looked up to by POWs in internment camps. He then buys cutlery and crockery to reopen Café Wiseman in the basement of the Exchange Building.

Lane Crawford celebrates its centenary and hosts a rooftop garden cocktail party at the Hongkong Hotel. Among VIPs present are the Governor and his wife, Sir Alexander Grantham and Lady Grantham. Guests sign specially prepared sheets of parchment, later bound in scarlet leather etched with a description of the occasion.

Lane Crawford becomes the representative for Mitsubishi Shoji Kaisa Ltd., and handles much of the post-war import of coal for the Hongkong Gas Co.

A.W. Brown dies suddenly while on leave in England. He is deeply mourned. His name carries on Lane Crawford’s subsidiary, Walton Brown Ltd., formed in 1963 to handle imports and exports and to act as agent for Elizabeth Arden and Estee Lauder. Robert S. Huthart is appointed as the Managing Director.

Lane Crawford’s directors decide to repurchase Telephone House at 14 Des Voeux Road for the record price of $18.5 million. The building is renamed Lane Crawford House and until 1974, when it is swapped for two properties owned by Hongkong Land, 14-16 Pedder Street and the old Jardine House at the corner of Pedder and Des Voeux Road.

Lane Crawford runs concessions at the China Fleet Club, including Mikimoto, during the Vietnam War, and becomes a favourite of American servicemen.

In its 125th year, Lane Crawford’s assets are over $200 million with net profits of $19,416,713. Jewellery accounts for 42% of total sales and in November it holds Sotheby’s first sale of jewellery in the Far East.

Flagship at 70 Queen’s Road opens with an Elizabeth Arden and Rever salon and Café Vogue.

Frederick Charles Doe is recruited from the House of Fraser Group to run the business. He is credited with Lane Crawford’s new slogan, “We are temptation”.

A 45% share of Wharf Holdings is acquired by Wheelock Marden & Co. Ltd., and comes under the control of Sir Yue-kong (Y.K.) Pao of World International (Holdings) Ltd.

A visible and enduring symbol of the Lane Crawford department stores until the mid-1990s are the “Pink Panthers”, the pink uniformed doormen stationed at the entrance.

Jennifer Woo takes on the role of President with a plan to modernize Lane Crawford, moving away from the department store model and creating a specialty store focusing on international designer fashion.

The new Lane Crawford launches with flagship at the International Finance Centre, just metres away from where the business started in 1850. At 82,000 square feet, it is the largest Lane Crawford store in its history and includes the largest portfolio of international brands in Asia, a Concierge to cater to virtually every need, and an exclusive suite for the comfort of its VIP cardmembers.

Lane Crawford’s first store in Beijing opens with more than 600 brands, 50% of which are exclusive the Beijing market. In Hong Kong SAR, Lane Crawford opens its first dedicated designer home and lifestyle store.

Lane Crawford is presented with The National Retail Federation’s International Award, one of the most prestigious awards for innovation in the retail industry, nominated, reviewed and selected by industry leaders from around the world.